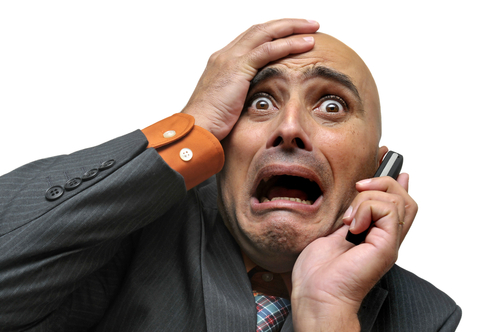 If you have been in insurance sales any time at all, one of the biggest challenges to new salespeople is the telephone.

When you start in a new Insurance sales position, your main focus is to figure out a way to get in front of a lot of people. The fastest way to do that quickly is by telephone. The new insurance salesperson usually receives a cold call script and a telephone and is asked to contact as many people as possible, above all else,they must follow the sales script. This has been the norm for some time. The sales scripts are designed to lead the salesperson down a path to setting the appointment, making a sale, and so forth.

In a cold call environment the major problem is, that the writer of the script is not the caller. Therefore, it is extremely unnatural for the new salesperson. Their voice gets louder and they start talking faster until the person on the other end of the phone simply hangs up. The salesperson then usually goes back to the manager and says “This sales script must be off. It’s not working.” The real problem is that you are trying to force a square peg into a round hole. Below are 5 ways to win with cold calling.

Understand that most sales are made by a problem being solved. Recognize the problems your clients face, and speak to the person on the other end of the phone in those terms.

Prioritize your potential client’s biggest problems and talk to them in that vein. Throw your script away and focus on having a conversation with someone who has a problem you can solve.

Be Yourself. The script is written to say things the way of the script writer  would, not necessarily the way you would say it. For example, if you are selling health insurance, The approach scripted may be, “If I could save you money on your health insurance, would you be interested?” Rather, try addressing the problem. Bob I run across a lot of people who either don’t have health coverage or can’t afford it any longer. Do you know people like this? Trust me you will start a conversation. Focus on the problem to start a conversation, then you can offer a solution. Be yourself. Say things the way you would say I them. After all, you are just having a conversation.

One of the natural inclinations is to talk fast. Why? Because you want to get your pitch out before they have a chance to hang up. You can do both talk slower and have a conversation about a problem.

Don’t be a Telemarketer

Do not come across like a telemarketer. Most people do not like telemarketers. If you don’t like them, (I am assuming you are like 99.9% of the population) do you think the people you are calling do? Again be yourself.

Focus on having a conversation the way you would if you picked up the phone and called one your friends, the nervousness and the anxiety will fade away and you can move on to becoming the sales leader you were meant to be.